Disagreements are a natural part of any workplace. When two or more people are working together, there will inevitably be times when their opinions and ideas differ.

To resolve disagreements internally, you must first understand why they happen. Conflicts tend to arise when the team wants different things for a project. For instance, if one person focuses on reaching a deadline and another focuses on creating a product of high quality, each person will make decisions based on their priority.

If you want to resolve this disagreement internally, it is essential to discuss what each party wants from the end product and why. The team should then come together and find a solution that works for everyone involved. To do this successfully, you must ensure all opinions are heard, and each party is given the time they need to make themselves heard.

Keep in mind that you may not always come to a unanimous decision. Depending on how much weight each person’s opinion carries, it might be necessary for one party to defer and let go of what they want for the sake of moving forward together as a team.

A union arbitration involves the resolution of disagreements between a union and an employer. The conflict can be about any number of issues, such as wages and working conditions.

A committee is established to represent the employees in the dispute. If they cannot agree with their employer, both sides hire lawyers or other representatives to give evidence before an arbitrator. The arbitrator makes the final decision, who essentially acts as a judge in this situation. 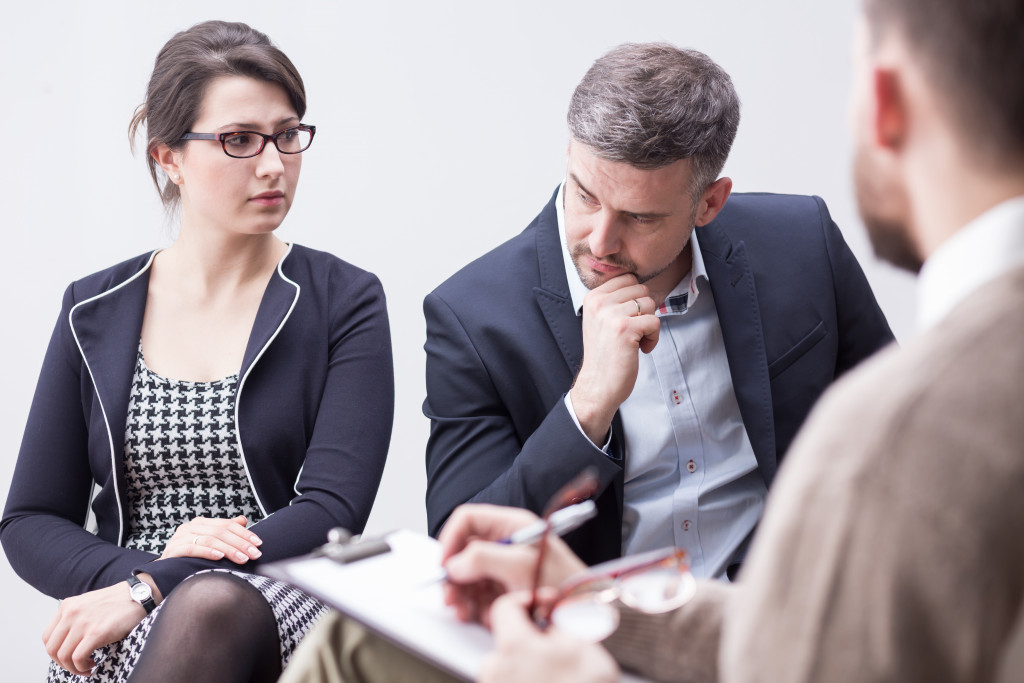 A mediator is brought into a workplace or dispute to help communicate between two sides – usually the employees and the employer — to facilitate an agreement. A mediator is typically used when several employees or situations need to be resolved.

Mediation is voluntary, so both sides must have consented to the presence of a mediator. The decision made by the mediator is usually non-binding, meaning that you can take no legal action against either side if they do not follow through with whatever was agreed upon.

However, the process of mediation requires complete honesty from both sides. If either side is not open and transparent about their needs, then the mediation cannot be effective.

Facilitation is a form of mediation in which a neutral individual or panel assists the parties involved in resolving their differences. The decisions from a facilitator are usually more compulsory than those from a mediator, meaning that if an agreement is not reached, then both sides have limited options available.

The results reached by a facilitator are generally for one-time use, and therefore the process is usually used to resolve only one issue at a time. Often, a facilitator has a more active role in guiding one side to meet the needs of the other.

All sides should feel involved and heard from the beginning in this process. If a party is dissatisfied with a facilitator, then they should be free to consult another individual or company immediately rather than allow themselves to be mistreated further.

A labor court is a location for grievances to be heard and decided upon to reach a fair settlement. This process typically involves an employer and one or more employees in a workplace.

The grievances involved can be based on any number of problems or misunderstandings that may have occurred between both parties. However, both sides must be prepared to discuss the issue at hand and understand their rights.

Typically, both parties will be required to present evidence before a judge who reads over the documentation and decides upon an outcome. This decision is referred to as an arbitration award, which must be followed by all involved.

So, what is the best way to resolve workplace disagreements? Well, it depends on the situation. If both sides can communicate openly and honestly, then mediation or facilitation might be the best option. However, arbitration or labor courts might be necessary if one side is unwilling to cooperate or is being unreasonable. In any case, it’s vital for both parties to be aware of their rights and to understand the process that they will use to resolve.

What You Can Do If You Think You’re Traumatized

The state of our mental health often dictates how we feel about life, in general. When we feel happy, our outlook drastically changes for the better. We’re more energetic and optimistic.