Road accidents are, unfortunately, all too common. In 2015, over 6 million reported car accidents in the United States alone. That’s an average of over 16,000 accidents per day. When accidents happen, it’s essential to determine who is at fault so that the appropriate parties can be held liable. But how do you go about doing that? Let’s take a look.

The U.S. Department of Transportation’s National Highway Traffic Safety Administration (NHTSA) reports three main types of highway crashes: rear-end, head-on, and sideswipe. The vast majority of crashes, some 87 percent, are rear-ending collisions. Head-on and sideswipe accidents each account for around 6 percent of all highway crashes.

Rear-end collisions are by far the most common type of car accident. They occur when one vehicle hits another from behind. In most cases, the driver who rear-ends another vehicle is at fault because they followed too closely and did not leave enough room to stop in time to avoid a collision.

Sideswipe crashes typically happen when two vehicles travel in opposite directions and brush against each other, usually while attempting to pass each other on a two-lane road. These crashes can also occur when one vehicle tries to change lanes and sideswipes another car in the adjacent lane. Often, both drivers will share some responsibility for a sideswipe crash.

Some accidents are specific to certain types of vehicles. For example, large trucks have blind spots on either side and in front of the cab. If a smaller passenger vehicle gets too close to a truck in one of these blind spots, the truck driver may not be able to see it and could end up sideswiping or rear-ending the smaller car. 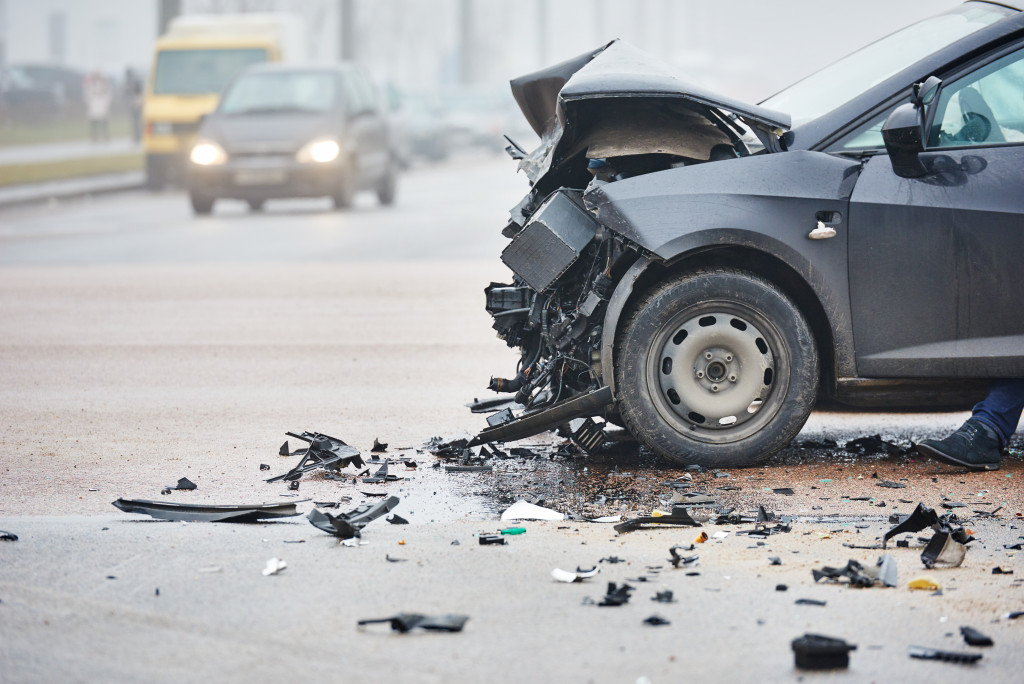 In these cases, the truck driver would likely be considered at fault for the accident. If you’ve been involved in a road accident, an experienced truck accident attorney can help you determine who is at fault and ensure that you receive the compensation you deserve.

Another type of vehicle-specific accident is a rollover. These accidents are most common in SUVs and other tall, top-heavy vehicles. They can happen when a car hits a curb or object in the road, causing it to overturn. Defective tires or other vehicle parts sometimes cause rollover accidents.

Determining Who Is At Fault in Multi-Vehicle Crashes

Multi-vehicle crashes are usually more complicated than single-vehicle crashes because there may be multiple cars involved and numerous points of impact. To further complicate matters, witnesses may have conflicting stories about what happened, and insurance companies may try to blame other drivers to avoid paying claims. In these cases, it is often best to consult a car accident attorney to help you sort through the evidence and determine who is truly at fault for the accident.

How Fault Is Determined in Road Accidents

Fault in a car accident is determined by looking at who was responsible for causing the accident. You can look at the police report, talk to witnesses, or use accident reconstruction experts. Sometimes, the fault may be split between two or more parties.

Most states use a contributory negligence system when determining fault, which means that if you were even partially at fault for the accident, you might not be able to recover any damages from the other driver. In other states, a different system is used, known as comparative negligence. Under this system, you can still recover damages even if you were partially at fault, but your percentage of fault will reduce your award.

Accidents happen daily, but that doesn’t make them any less stressful or confusing. When you’re involved in a car accident, you first need to stay calm and assess the situation. If you’re able, take pictures of the damage to both vehicles as well as any skid marks that may be present on the road.

Once you’ve gathered evidence at the scene, your next step should be to contact your insurance company and report the accident. And if you’re having trouble determining who is at fault for the accident or if you suspect that another driver may be underinsured or uninsured, don’t hesitate to contact an experienced car accident attorney for help.

Dealing with an Unlawful Arrest: What You Need to Know

Although many believe that wrongful convictions or arrests are rare, the reality is that they’re more common than you think. In fact, according to a study that asked over a hundred judges, state attorneys, public defenders, and police chiefs revealed that over 10,000 innocent people get incarcerated every year. Nobody’s exempt from arrests, so make an effort to protect yourself and loved ones by hiring a false arrest or personal injury lawyer to get the justice you deserve.