Picture this: a recent death in an affluent family. Perhaps the demise of a matriarch or a patriarch has brought together estranged family members to one place. The remaining members spend each day of the wake trying to be civil, and maybe failing at times. Still, they soldier on, most of them with one end goal in mind: the legally binding will of the deceased.

After the final grain of dirt has been laid over the burial spot, the family will meet with the family lawyer. The lawyer will then read out the final wishes of the deceased. Along this will be the division of the assets. It is likely that some individuals will be unsatisfied, and will argue how they deserve more and others less.

This has been a common trope in films, television shows, and literature alike. Many tales are set in Victorian times. But more and more creators have been using it in more modern settings. It is quite effective in raising the stakes, as the viewers tune in to see if something unfortunate would befall certain characters.

As engaging as this premise is, it is not something that can only be found in fictional stories. An affluent lifestyle sometimes necessitates the drawing up of a will. In simple terms, it is a document that is fluid in the way that it is only effective after one’s death. It ensures that one’s best interest is considered even after their passing.

People who are born into wealth may be taught the importance of arranging one’s will despite being in the prime of their lives. Those who have had to strive for it only know about the necessity and legalities along the way.

Common folk who do not have to worry about excess belongings may believe that they never have to draw a will. However, it should be noted that the scope of the will is not limited to material assets.

A still-living person can be named as executor in one’s will. This can be one’s spouse or other relatives. If the deceased failed to name an executor when they were still alive, the State will then have to appoint someone else.

The role of the executor, to put it simply, is to administer one’s estate. They are in charge of representing said estate in court. Aside from this, they can also notify banks, government agencies, and other finance companies about one’s death.

Caretaker of Children and Pets 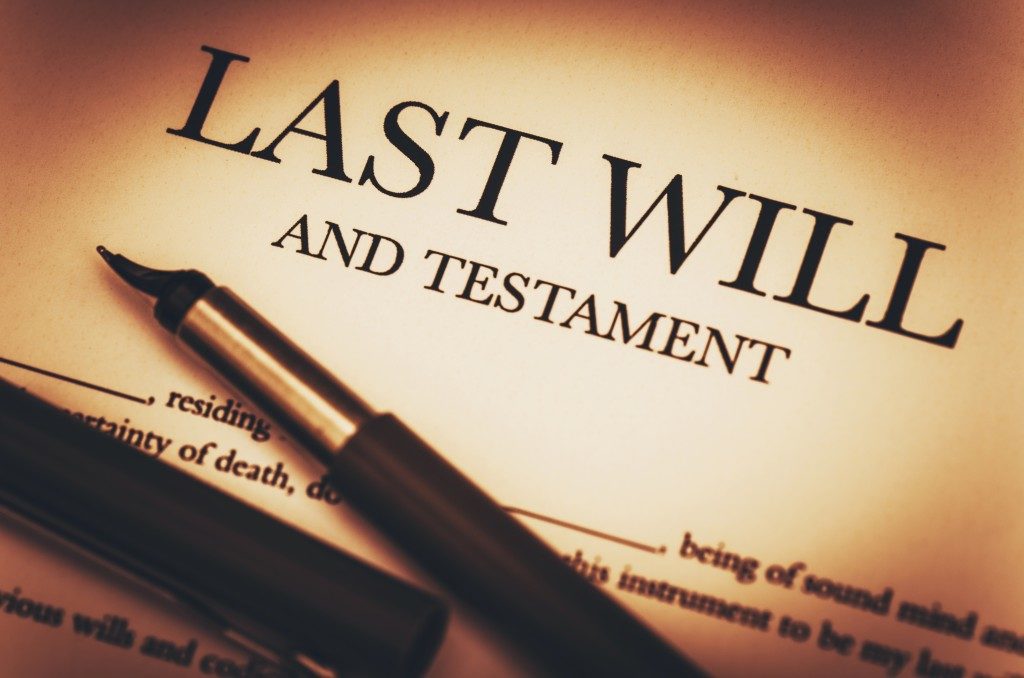 Death is inevitable, and catches most of us off guard. Should one’s untimely death occur, it is plausible that they have not arranged as to who it is they want to watch over their children and pets.

The existence of a will helps guarantee that any remaining loved ones who are incapable of caring for themselves will have someone looking out for their safety after one passes.

Aside from a guardian, a property manager can also be named. The appointed person will have to handle the children’s properties and legal affairs before they turn eighteen.

As morbid as it may appear to be, wills should not be exclusive to the 1%. Given the will’s wide scope, anyone who wishes to protect what they have when they are still living should take up the chance to draw one up in the prime of their lives.

When online reviewers scrutinize your business through social media platforms such as Twitter and Facebook, the Federal Trade Commission could intervene in the matter. While in most cases this works against a business establishment, the FTC may also help in finding a solution when there are false claims and reviews about your services and products. If a culprit is found guilty, they may face legal penalties for defamation.