Being in jail is a complicated topic. It’s something that most individuals and their families dread about. If such a thing happens, everyone in the family looks for ways to get their loved one out of jail while awaiting trial.

Bail bond companies in Cabarrus County, NC help families who have a loved one on an unfortunate situation of being in jail. The first thing you should know is that there are seven types of bail bonds. Find out about them here so that you’ll have an idea what to discuss with your bail bondsman.

They say this is the best type of bail bond to get. That’s because the arresting officer doesn’t really take you to the station, but gives a citation that orders you to go before a judge on a specific date. This bail bond is common for minor crimes like traffic violations.

The second in the bunch, this is also easier than the others because you don’t have to shell out money for this. You just need to give a promise that you’ll go to court before a judge on the date they gave. You need to sign paperwork, and they will release you from custody. Just remember to appear in court; otherwise, you’ll be fined.

This one is paid in cash, so you must have access to money. Some correction facilities only accept cash while some accept credit cards or cashier’s checks. Cash bail is common in severe crimes where there’s a flight risk, but they can’t deny bail. In some cases, they set the bail bond high so that it’s hard to make bail.

This is when a bail bondsman comes into the picture. You need a bail bondsman for this when you don’t have enough cash. This is the first type of bond that they can offer.

Not all states accept property bond, but in the states that do, they require “full rights of the property” as collateral. The most common property you can use for this is real estate, though other types of properties are also allowed. Property bond can take weeks to get finalized, unlike surety bond, which only takes an hour. This is because the property needs to be evaluated first before bail is allowed.

A federal bail bond is the only thing you can use in the case of federal crime. It’s much like a property bond. You can use both cash and property for this kind of bail bond.

This is a hard-to-obtain type of bail bond because it’s for non-citizens and non-residents who are currently in the United States. It’s hard to get this because of the legal status of the person in question. You can seek the help of a bail bondsman to point you in the right direction.

The type of bail to post will depend on the crime. It’s important you contact the right people so that you have better chances for bail. Don’t take chances and talk to the people who know and can help you with your situation.

With Mom or Dad?: What the Law Says After Divorce 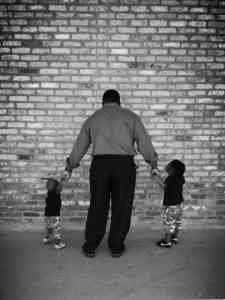 In recent years, the number of people choosing to live as unmarried couples has risen significantly. While this is not necessarily a bad thing, such a setup can often cause legal problems for their children if the parents should end up separating. Custody To whom the child will go with after the split up is often the biggest concern here.