It’s normal for people to panic when they realize they have to be in a court hearing. Whether you’re the defendant, plaintiff, or witness, it’s always overwhelming to face a judge and a jury. How do you compose yourself? How do you impress the judge and jury? You’ve read books and watched television. You are always amazed at how these court dramas go. But truthfully, you’ve never been in a court yourself, much less attended a hearing as an actual participant.

The first thing you need to remember about going to court is making sure you arrive early. You don’t want to be running up the stairs and trying to find the right room. You’ll end up rushing to everything and making mistakes. The first step to being respectful to court personnel, judges, and jury members is to come on time. That will give you enough time to prepare for what lies ahead. If you feel anxious about being in court, arriving at least 15 minutes before the hearing will relax and calm you down.

Things will not always go according to your plans. That’s not a reason to be disrespectful to the judge, too. Judges will decide based on the merits of your case. The same goes for the jury. If they decide against you, they are not out to get you. Look at your lawyer. Did they do everything they are supposed to?

Respect the Opposing Counsel and Clients

You saw that in many family cases, the ex-spouses are in each other’s throats about various issues. Hiring a good child custody lawyer will help you calm down when things don’t go your way. If you trust your counsel enough, then there will be no need to be rude to the other party. In family cases, always remember that you are fighting for your kids. One wrong move can make you lose your case.

While some parties may be aggressive, they don’t respond with aggression, too. Instead, if you find it hard dealing with the other party, let your counsel do the talking. This is the reason you have a lawyer beside you. It’s to talk to the judge about how the other party is trying to undermine your case by not sending you the evidence and other copies of documents you both need.

Persuade the Court by Being Polite 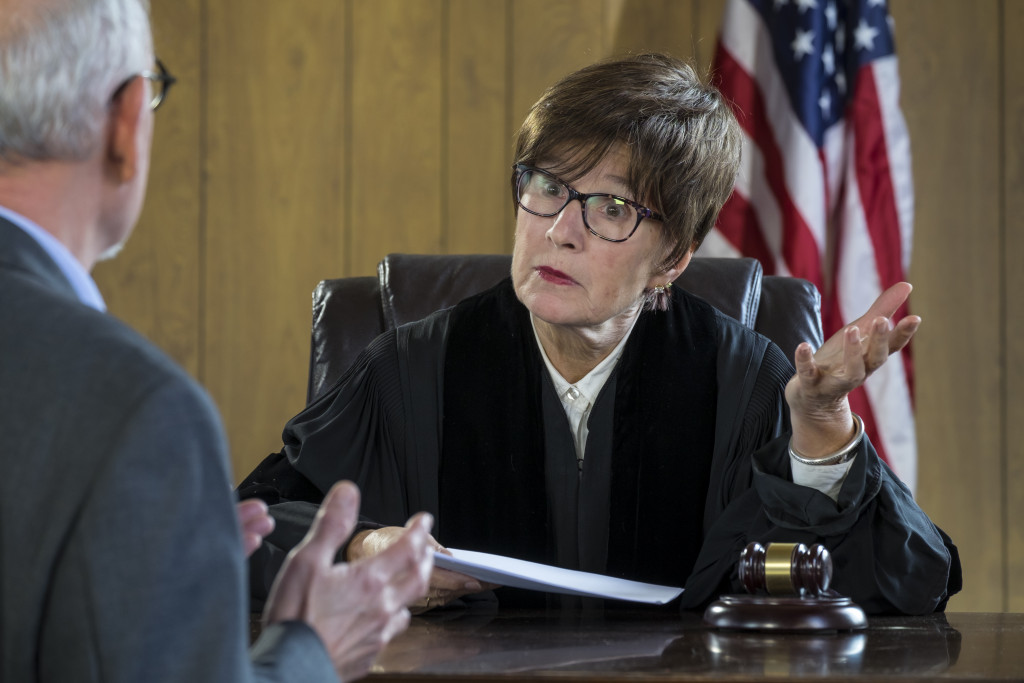 Do you know that you can be more persuasive if you remain calm in the courthouse? Do you think judges and members of the jury like seeing defendants and plaintiffs who break down in front of them? Shouting, screaming, and being emotional does not help your case. That’s why you should also hire a lawyer who is calm and composed. What you want is to persuade the judge with facts. You are not there to impose the conclusion at which you want them to arrive.

You and your lawyer are there to present facts that will be helpful to your case. You are also there to argue wrong accusations hurled at you by the other party. Those roles do not include imposing on the judge and jury. Being emotional in court has never helped anyone, except if you want to be tried by the media.

This is something that should come naturally, right? You will be surprised that many defendants and plaintiffs do not give much credit to the benefits of dressing appropriately in court. Put on nice, ironed, and clean clothes. Don’t ever go to the courtroom looking like you’ve just woken up. People need to respect the judicial system and the people that they will be facing in court.

Even if you feel anxious, overwhelmed, and emotionally challenged, make an effort to look presentable. The judge and jury will look at you positively when you are presentable. Though people shouldn’t judge others based on what they see outside, the truth is that in court, that is what usually happens. Dress as if you would on a first date. The people in court will appreciate the effort that took.

Admittedly, going to court is never going to be anyone’s favorite thing to do. Facing a judge and members of the jury is overwhelming, not to mention stressful on so many levels. However, if you keep to your wits, you’ll be able to face the court confidently, which will help win your case. Because if there is anything that the judge and jury want to see, it’s how well-composed the defendant or plaintiff is. This simply means that they trust their lawyers to do what’s best for the case, and they are confident with the amount of evidence they can present.